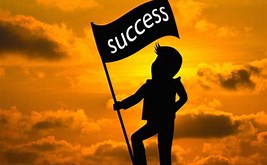 In January we published a predictions for 2020 blog for both the European and USPGA main tours. The categories for our predictions relative to each tour were:

Players emerging so as to achieve significant progress during 2020.

Let’s start with The European Tour.

John plays on both the European tour and the USPGA tour but we will include him on the European side for 2020. He married his sweetheart in late 2019 and they had a second wedding in early 2020 and then a honeymoon. As a consequence John has made a sporadic start to tournament play in 2020. He is currently rated 2nd in the world rankings.

So far this year John has played in five tournaments. He has not been out of the top twenty for finishing position so far this year. His best finishes have been second place in the Farmers Insurance Open and tied third in WGC Mexico. Considering the external distraction John has experienced this year he has played pretty well but with more to come once we get going again. We can still see him at world number one come the end of this year.

Bernd is currently ranked 26th in the world rankings, from a starting point of 21st. His performances in 2020 to date have not been great. His best finish from the four tournaments he has played in during 2020 was a tied eighth in Abu Dhabi. His next best was tied thirty-seventh at WGC Mexico. A difficult start to the year in anyone’s language.

Having listened to Weisberger in the media and having watched him play there seems to be no obvious reason for his downturn in form. The period of tournament inactivity may allow him to consider how to get back to 2019 performance levels and also allow practice time. We can only wait and see how long it takes such a talented player to become a contender on tour again.

Rasmus Hoojgaard – is an identical twin, his brother is not only also on tour but has already tasted success in 2020. A number of pundits have the opinion that Rasmus is the better of the twins. We shall see. The twins have just had their nineteenth birthday and have already represented their country, Norway, in international competitions, being successful more than once at various levels. Rasmus is currently ranked world number 184.

His best finish so far in 2020 was tied sixth in the Oman Open. His other four tournament results have not been good. But at his young age, we need to cut him some slack and see where he is at the end of 2020. No doubt his brother’s success will give him added impetus to improve results and become a contender. Definitely one to watch.

Francesco Laporta – Francesco won the ‘Race to Mallorca’ in 2019, which is the equivalent of the Race to Dubai but on the Challenge tour. He won the main event and four other tournaments during the year on the tour. He has now graduated to the main tour. His performances in the first five tournaments he has played this year have not been great. His best finish was tied seventeenth in Abu Dhabi, where he was challenging on the leader board at one stage before fading away. He has had only one other top fifty finish, when tied forty-fourth in Dubai.

Francesco clearly has work to do when we return to tournament play later in the year. He needs to propel himself and his game to the levels required to compete on the main tour. He is currently ranked 128th in the world rankings. The enforced lay-off will allow some time to revisit what he needs to do to find his best game, which he is clearly capable of.

Kalle Samooja – is currently world number 180. He is one of a number of Finnish players making their mark on the European tour. His best finish in 2020 was in his last tournament, where he finished third in Qatar, missing a place in the playoff by one stroke.

Kalle has also a tied twenty seventh in Dubai and a tied thirtieth in Oman. His other two appearances in 2020 saw him finish fifty sixth in Saudi Arabia and record a poor finish in Abu Dhabi. So Kalle has begun to compete for top honours and there is no reason why that will not continue when play recommences.

Now let us move on to the USPGA Tour.

Justin is world number four. His performance in 2020 has been either famine or feast. Inconsistency has reined but we have also seen the form that can propel him to world number one. He was successful in the opening tournament of the year at the Sentry Tournament of Champions in Hawaii. But then he missed the cut at The Sony Open, also in Hawaii.

The tour then returned to the States for The Waste Management Phoenix Open. Thomas finished with a 65 which propelled him into a tie for third. Next time out two weeks later, at The Genesis Invitational, he missed the cut again. Then things moved on to WGC Mexico at altitude near that country’s capital. Thomas led the tournament going into the final round and was a short-priced favourite to take the title. However, he carded a 73 which relegated him to a finishing position of tied sixth. So very much blowing hot and cold and so far not a man to avoid if recording a top finish the week before.

If Thomas can maintain his best form he can elevate himself to world number one during 2020. Apart from John Rahm and Rory McIlroy I do not see anyone else putting up a serious challenge for the top honour.

Kevin turned professional in 2006 and is currently ranked 36th in the world. His start to 2020 has been OK with two top twenty finishes, the best of those being a tied fourth in the Sony Open in Hawaii. However, he also has had two missed cuts. His only other finish in 2020 was a tied 38th in the rather muddling AT & T Pebble Beach Pro-Am. Kisner’s inconsistency this year needs to be eradicated when we return to tournament play, if that happens there is no reason he can’t progress into the world top twenty.

Corey Conners – the Canadian turned professional in 2015 and is currently world number sixty six. His start to 2020 was in Hawaii where he finished tied nineteenth in the Sentry Tournament of Champions. The next week he finished tied twelfth in the Sony Open.

However since then he has found it a struggle. Two top fifty finishes have been interspersed with missed cuts. The COVID 19 enforced break allows Conners time to work on his game and return to the main tour in better form as his talents can allow.

Sebastian Munoz – the current world number 94 has performed well so far this year… if we forgive him two missed cuts. He has had two top twenty finishes and three further top fifty efforts. Sebastian has played every tournament possible on the USPGA tour in 2020, which shows his desire to make a name for himself on it. He does seem driven to succeed and it does seem that he will continue to progress when we return to action and to become a top twenty contender.

Carlos Ortiz – Carlos, from Mexico, turned professional in 2013 and is currently world number 129. He has been in decent form so far this year, finishing out of the top fifty in tournaments only once, that being a tied fifty-third finish. His highest finish was last time out at WGC Mexico, where a tied sixteenth was achieved. The enforced break may have come at the wrong time for Carlos, as his tournament finishes had been improving as the year progressed. When we do recommence let us hope that his progress continues.