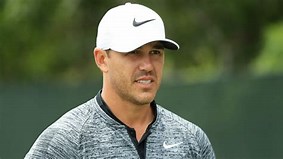 a small profit for us last week as both of our top twenty selections delivered.

Was a walk in the park for home country golfer Adrian Otaegui, who won by six strokes. A winning score of nineteen under par, which was partly enabled by the course playing easier than expected. A score of sixty-four on Saturday gave Otaegui a five-stroke lead which he never looked like giving up.
Joakim Lagergren was three strokes clear of the pack in second place. He played steadily to card a sixty-eight in the final round. Min Woo Lee was in third place. In good form at present but not looking like winning. Yet his odds will continue to shorten for the next tournament.
Home country golfer Angel Hidalgo finished fourth and Rasmus Hoejgaard was fifth. Hidalgo faded in the final round. Hoejgaard was solid all week without coming up with the low round to contend.
Rob MacIntyre was a potential challenger until late on Saturday, but a seventy-four final round meant he finished joint ninth. John Catlin secured a top twenty finish with four solid rounds and ended joint eleventh.
Not much else to report really. A mediocre tournament dominated by Otaegui over the weekend. Adrian Meronk continues to struggle to find his form. He could only manage a tied forty fifth place finish. Our other outright selections both missed the cut. Matt Fitzpatrick got off to a poor start on Thursday with the worst of the draw and never recovered. Guido Migliozzi can score high or low and had a bad first two days.

was won by a very emotional Keegan Bradley, who won by one stroke from Andrew Putnam and overnight leader Rickie Fowler. Bradley looked to have messed up on the sixteenth hole on Sunday, but a great recovery shot on seventeen and then holing a fifteen-footer for a birdie put him in to the lead again.
That was Bradley’s first win on tour since 2018. Fowler could only manage a final round seventy and did, as expected, feel the pressure of a potential comeback win. Emiliano Grillo finished fourth and recorded another top ten/twenty finish. A final round sixty-four was the best score of the day from Grillo. But he does struggle to win. Putnam continues to play well most weeks.
Sahith Theegala showed up well again. A tied fifth finish, an opening round of seventy-one stopped him contending. Viktor Hovland was also in the tie for fifth place. Our in-play selection could only manage a sixty-nine on Sunday and finished two strokes behind the winner. A good chance to win a tournament missed here by Viktor. Matthew NeSmith, our other in play selection, also carded a sixty-nine when he needed a very low round. He was a 66/1 poke after all.
Our top twenty selection Tom Hoge finished in the multi way ninth finish, as was pre-tournament favourite Xander Schaufele. The inform Sung Jae Im could only manage a tied twenty ninth place. Im did finish with a sixty-six on Sunday. Each way selection Sebastian Munoz got off to a bad start on Thursday with a seventy-two. He did improve but could only manage a tied thirty sixth place.
Defending champion Hideki Matsuyama was not at the races. A very average performance and a tied fortieth finish. Si Woo Kim was further back in forty fifth place, tied with amongst others Collin Morikawa. You have to say that 2022 has not been kind to Collin. And finally, Cam Young and Tommy Fleetwood, both off their game at present, finished tied fifty third in a seventy-eight-man field.

I only saw the highlights of this one. Another bland LIV event it seems but livened up at the end with a play-off finish. Brooks Koepka got the better of Peter Uihlein, both finishing on twelve under par after fifty-four holes. In joint third place was Joachin Niemann and Sergio Garcia, one stroke off of the leaders. In a tie for fifth place was our outright selection Dustin Johnson, Matthew Woolf and Paul Casey, who were another stroke back of the lead.
Each way selection Abraham Ancer finished in eleventh place. Cam Smith finished a lacklustre twenty second place. And so, season 2022 ends for LIV Golf. But watch out for more events from this outfit.

We will be back with initial selections for this week’s tournaments on Tuesday.