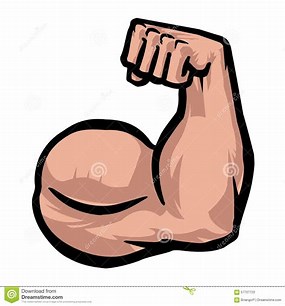 Firstly – apologies for no post on Sunday re an in-play selection at the Sanderson Farms Championship. There was a late kick off re junior football over on the Isle of Sheppey, our longest journey of the year. And then the bridge was closed due to an accident on the way back and so we were a bit stranded. It would have been circa three hours before the leaders went out if I had got a post off and that is likely too short notice for all subscribers. I did consider Sepp Straka each way at 9/1 and he went on to lose in a play-off. In recent months Sundays have been going badly for us and that continued this week.

Secondly – I am away from home today unexpectedly and so I am trying to get posts done remotely.

Was won by Ryan Fox by one stroke, carding 66, 74, 65 and 68. The 74 looks bad on day two but the weather was horrific, and most golfers were carding big scores. Again, the importance of a good start in the first round shows up here. A big hitter who had open spaces to hit the ball into.
In second place were Callum Shinkwin and Alex Noren, our top twenty finish selection. Shinkwin was also the Pro-Am winner with his American partner, whose name escapes me, but it is long. Alex Noren putted poorly on Sunday and really should have won the tournament.
In joint fourth place were Rory McIlroy and Antoine Rozner. Rory had a 75 on day two but carded two 66’s over the weekend. But we did say that a 9/2 starting price about him was not value in such a tough tournament to compete in. Rozner can contend and win and opened on Thursday with a 65. The 74 on day two knocked him back, but he is a golfer that you can have on your side when he goes off at 25/1 plus on the DP World Tour.
Tyrrell Hatton, the standing dish at this tournament, rallied to finish in a tie for seventh place after a 76 on day two. We always need to consider him at this tournament.
Richard Mansell blew it on Sunday with a 76. He played well all week and had a four-stroke lead going into the final round. I did think that the 10/11 available was fair, but that was obviously rubbish, as he collapsed.

Other golfers to note:
Louis Oosthuizen has gone off to LIV and has not been at his best in recent months. However, he does like this part of the world and the courses it provides. A solid joint tenth place for his efforts over the weekend, 65 and 68.
Billy Horschel, who is now spending a decent amount of time over here, was also joint tenth.
Tommy Fleetwood, another golfer who has gone well in the past in this tournament, could only manage a joint twenty second. A fine 67 on Sunday but Tommy does not have his best game at present.
Matt Fitzpatrick was also joint twenty second. Solid but unspectacular.
Our 50/1 each way selection Thorbjorn Olesen was poor and finished tied fifty ninth. A 76 on Friday and a 74 on Sunday.

Danny Willett – the defending champion.
Shane Lowry – our main selection. A mix of a 79 on Friday and likely too much whisky tasting!
Rafa Cabrero Bello – or Mr Inconsistency as he is known. Who knows whatever RCB turns up?
Talor Gooch – LIV patriot and hunter of OWGR points! He came unstuck here.

A play off down in Mississippi. And Canadian Mackenzie Hugers took the main prize at the second extra hole, defeating the Austrian Sepp Straka. A 63 in round two set Hughes up nicely and with a number of main contenders falling away on Sunday, a 69 was good enough for a play-off spot. Straka carded a 67 but lost his second play off in a row.
In third and fourth place were the South Africans, Garrick Higgo and Dean Burmester. Certainly, Higgo was a surprise contender after a woeful six months of form. In a multi tie for fifth place was Emiliano Grillo, who blew it with an eight on hole fourteen. Also included in that tie were Mark Hubbard, who blew the overnight lead with a 74, Keegan Bradley and the much-rated Nick Hardy.
The much-vaunted Taylor Montgomery was tied ninth. He may be another Will Zalatoris, in that he contends but takes a while to win a tournament. Calum Tarren is another young star, this time he is British, who is contending. He was tied thirteenth with a group of other golfers. Scott Stallings, our initial main selection, was in contention for the win going into the final round. A 73 on Sunday scuppered his and our chances. Davis Riley, our other initial selection, was in a tie for nineteenth place. An opening 66 set him up but he is not fulfilling his potential at present. His other three rounds were very average.
The defending champion Sam Burns was steady all week but could not put in a low round. Likely the tiredness from the Presidents Cup exploits caught up with him. He finished in a multi way tie for thirtieth place. Our top twenty finish selection Robbie Shelton did not deliver and finished tied sixty first. Another potential next level star Luke List could only scrape a tie for seventy third place. Luke is still to conquer his putting failings.

A loss of eleven points on our selections in Jackson.

I will be back on Tuesday with selections for The Spanish Open and The Shriners in Las Vegas. There is also a LIV Tournament in Bangkok this week. However, it may just be a team event, in which case I will give it a miss.