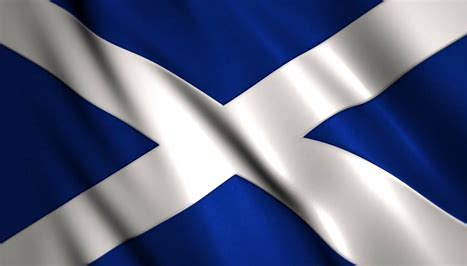 No video review today as I am travelling around Scotland by train at present, visiting Celtic relatives. This week instead I have some written content as that it easier to do whilst riding on trains.

Last week we made a total profit of 6.25 points. Not be sneezed at. At the Cazoo Classic in Southport we made a profit of 2 points. Thorbjorn Olesen comfortably made the top twenty in what can only be described as a weak field. Our sole initial selection Alexander Bjork got himself right in contention by carding a 64 on Saturday and was just two strokes off of the lead at that stage. However a wretched 75 on Sunday left our dreams of an outright win in tatters. Our in play value selection fared no better. A very disappointing 74 on Sunday for Richard Sterne, which was not what was required.

At the 3M Open we made a profit of 4.25 points. JT Poston comfortably made the top twenty at the end of play in Minnesota. Unfortunately Hideki Matsuyama had a recurrence of his wrist injury on Thursday and after playing badly, withdrew from the tournament. These things happen in all sports. Cameron Champ ruined his chances with an opening round 75. He recovered well after that with rounds of 68,67 and 67. That got him up to tied 16th. As the saying goes ‘you cannot win a tournament in the opening round, but you can lose one in it’. Matt Wallace is under big pressure to hold on to his tour card as the current season comes to an end. You would have expected a big effort from him here. Maybe his game has just regressed so much now that he cannot challenge for a win? The 150/1 shot finished tied 26th.

So that covers all of last weeks selections.

Now on to a brief review of both tournaments.

As this one was not covered by Sky Sports, I can only go on the data that is available and some highlights from a streaming service. The DP World Tour does suffer from some low value mediocre tournaments and this was one of them. In what looks to have been an uninspiring Sunday in Southport, the Scot Richie Ramsay got it done. A three under par 69 was enough to get Richie his third tour win by one stroke. Another stalwart of the tour, Paul Waring, finished second. The Swedish pair of Marcus Kinhult and Robin Petersson took the bronze medal.

Other golfers to pick up on from this one – Andy Sullivan managed a top ten finish, but this was more likely due to the weakness of this field. Callum Shinkwin played well apart from a 75 on Saturday that wrecked his chances. If we think back to the pre tournament odds, Thriston Lawrence and Eduardo Molinari were close to the top. I cannot fathom why they would be based upon what they have done in the past three years. Lawrence was a fortunate winner in South Africa in a covid outbreak shortened tournament. And we have to go back several years to find when Molinari last won. They both missed the cut here. That is why it is always important to search for value when betting. In conclusion, not a lot to take away from this one.

This one fell in to the lap of the winner, Tony Finau, the pre tournament favourite. However he did card a final round 67, which is not bad. The unfortunate man in Minnesota was Scott Piercy. He took a four stroke lead in to the final round. But when the final few golfers went out on Sunday Piercy was seen to be wearing only one shoe! Apparently he had a very bad blister on one foot and could not get the other shoe on. Piercy did manage to hold on to his lead until the fourteenth hole. There he put his drive in to a bunker, then failed to get out of it with his next shot, then tried again but hit his ball in to the water. He then took a penalty drop, missed the green with his approach shot and took two more strokes for a triple bogey. After that he struggled and finished tied fourth.

In my in play no selection post I did say that the only golfer I had in mind was Tony Finau. However I did not consider the 5/1 available to be value. That was clearly an error on my part.

In second place was Sungjae Im, 3 strokes behind the winner. And so the relative cream did rise to the top in this tournament. It was a shame that Hideki Matsuyama had a recurrence of this wrist injury here, as he would have been in with a great chance this week if anywhere near his best. Tied with Im in second place was Emiliano Grillo of Argentina. Grillo played well all week and can contend in these lesser field tournaments.
Other golfers to note from this one – Englishman Callum Tarren had another top ten finish on tour. He will be very popular with some pundits going forward. However he does not look capable of winning at present. Cam Davis is very popular with people at present and is playing consistently well. Another top twenty finish in the bag whilst never looking like challenging. Jason Day continues to struggle. He made the cut but finished tied 64th. Golfers who missed the cut but were well fancied by some – Davis Riley (a drop off from his recent top twenty contending form); Saheeth Theegala (who looks very inconsistent. Blows hot and cold but is a talent when on his game); Martin Laird (a tour veteran who finished third last week) and Adam Svensson, the much touted Canadian. There does seem to be a lot of recency bias considered by a number of golf tipsters these days.

I will be back on Tuesday and Wednesday with selections for this weeks three tournaments.