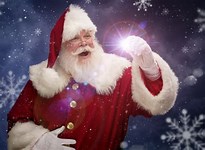 In the final tournament of 2019 we made a small profit, which varies dependent upon whether you received a refund in regard to Jason Scrivener’s withdrawal.

Some bookmakers refunded bets on Jason Scrivener when he withdrew after round one. Some did not. So as to be transparent we will record it as a 2 point losing bet. Our Matchbook tournament match bet won easily by a margin of 8 strokes. As was mentioned in our preview video the players who were flying over from the European Tour for the tournament would struggle with the time difference and little time to acclimatise. And so it proved. Ryan Fox played steadily but Callum Hill faded in the final two rounds and so we gained 4.4 points from the bet.

In the outright betting our preview did state that the tournament would be likely won by the top of the market. And so it proved with the favourite Adam Scott getting it done. We came off of Scott when he went to best price 5/1 before the tournament got under way. That was our error and instead we favoured Cameron Smith to do the threepeat, who could only finish tenth.

Not much else to take out of the tournament as it was dominated by home country players which will not likely be reflected in the future. The service finished 2019 with a profit of 121.885 points.

Our next post will be on Tuesday 31st December, New Years Eve. We will have selections for The Tournament Champions event in Hawaii, where the USPGA Tour big boys will be participating. It should be a cracker. There will also be a 2020 preview blog available on the same day, where we will look at both tours and who to look out for next year.

Seasons greetings to all.