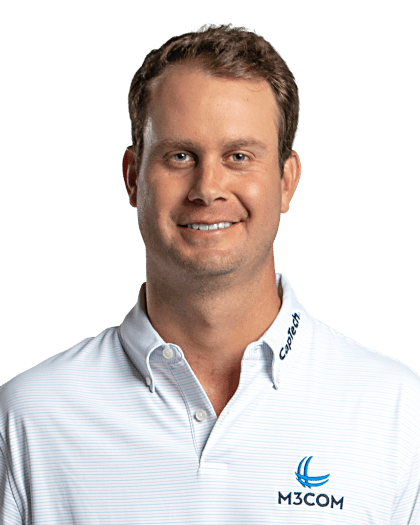 We made a profit of 6 points last week thanks to Harris English landing our 12/1 in play selection. Cumulative profit for 2021 to date is 97.85 points.

I have gone through both tournaments below . In doing so I have picked up on what happened, how our selections played and what we can take out of the action that may aid us in the future.

Viktor Hovland out classed the field after a steady start to win by two strokes. He became the first Norwegian to win on both the USPGA and European Tours. Marin Kaymer made a run on Sunday to card a 64 but Hovland had enough up his sleeve to see him off. Jorge Campillo found his best form for a while to finish third, four strokes behind the winner. His 71 on Sunday was nowhere near good enough to win. In fourth place was the very inconsistent but talented Victor Dubuisson of France.

There was a big tie for fifth place with seven golfers on thirteen under par. They included stalwarts of the tour in Sam Horsfield, Andy Sullivan, Shaun Norris, Justin Harding and Benrd Wiesberger . Also placed in that position were up and coming golfers, Vincent Norrman and  Darren Fichardt . More promising newcomers tied for twelfth place – Niall Kearney of Ireland, Daniel Van Tonder.

Andrew ‘Beef’ Johnston managed a top twenty finish despite a 75 in round two. Not one to trust though. Rasmus Hojgaard found some form after a few months in the doldrums to make the top twenty. Sergio Garcia started poorly on Thursday but his ability got him into a top twenty finish.

Other golfers performance to note – Matthias Schwab again disappointing his fans within the bookmakers odds setting ranks, or did he, in managing a very average tie for 29th place. Louis Oosthuizen looked tired after his efforts in the U.S. Open and was in a bunch finish in a tie for 42nd place. He will be back for The Open though. Antoine Rozner, one of our initial selections, put himself out of it on Thursday by carding a 76. He then went low on Friday and Saturday but messed up again on Sunday with a 75! He is a talent though with more wins to come. Thorbjorn Olesen continues to not contend. The Dane finished a lowly 62nd.

Golfers missing the cut included – a previously in form but poor with the putter Eduardo Molinari; John Catlin on a course that did not suit him; Eddie Pepperell playing poorly again; Haydn Porteous, another initial selection of ours, withdrew with an injury after the first round.

In my view Viktor Hovland was too short at 13/2 best odds pre tournament after his injury issue at The U.S. Open. I was proved wrong but we do have a long term strategy to achieve value and make at least 100 points profit in a calendar year. Sometimes we will miss these short odds winners because of that.

Harris English, our 12/1 in play selection, won the championship by winning a eight hole play off, beating Kramer Hickok with a birdie to break the deadlock. A final round 65 and a long birdie putt on the 72nd hole got him to 13 under par. That was enough to get him into a play off with Hickok, who was searching for his maiden win on tour. A near three hour play off, the joint second longest in the history of the tour, was attritional, with both golfers having to hole clutch putts on more than one occasion.

Marc Leishmann, a previous winner here, finished one stroke back at 12 under par after a final day 64. Abraham Ancer came racing through the field on Sunday from too far back to win. That is his modus operandi these days. His first round 72 did him in but allowed him to play his best without pressure the rest of the week.

Kevin Kisner, who has been out of form recently, carded two 63’s but also had a 70 and a 74. Another one not to trust. He did achieve a tie for 5th place here. Also in that tie was Brooks Koepka . A closing round of 65 pushed him up the leaderboard. Scoring was low on Sunday all round. Jason Day had sporadic back issues again and finished in a tie for tenth after leading at the halfway stage. Definitely a golfer not to trust. Adam Scott put up a good show finishing in a tie for 13th place. Bryson DeChambeau played OK on a course that did not suit. He did achieve a top 20 finish.

Russell Henley was in contention going into the back nine on Sunday but had a blow out with a double bogey and then regressed into a tie for 19th place. In that tie was Bubba Watson, three time winner here. He led with six holes to go but dropped seven strokes coming in to plummet down the score board. Dustin Johnson had a good Saturday with a 65. But the rest of the week was not good. DJ finished tied 25th.

Justin Rose had a mega putting session on Friday and carded a 63. The rest of the week was nowhere near as good. An average tied 36th place for ‘Rosey’ . Paul Casey made a great start on Thursday and was four under par after nine holes. But he then tweaked his back and struggled to finish the round. He did play on and finished in the tie for 36th at the end of the tournament. Satoshi Kodaira had a bad day on Sunday with a 73. Scottie Scheffler had an ordinary weekend carding 71 and 72. He just about made the top 50. Phil Mickelson played OK all week but was could only finish 61st. Mackenzie Hughes did make the cut but had a bad week in finishing last but one on Sunday.

Those missing the cut included – Previous winner here and one of our initial selections Kevin Streelman had a 67 on Thursday but messed up on Friday with a 72 to just miss the cut by one stroke. Either hot or cold Rafa Cabrera Bello . Sliding down the world rankings Tony Finau . Rickie ‘we have a baby on the way’ Fowler. Back to his bad form after a brief pick up. Francesco Molinari also regressed after a recent resurgence. Matthew Woolf is very inconsistent and that was proved by his 76 on Thursday.

The play off was long and got a bit repetitive on the holes they used. But some great putting under pressure. This was English’s second win in 2021.

I shall be back Tuesday PM with selections for this weeks tournaments.