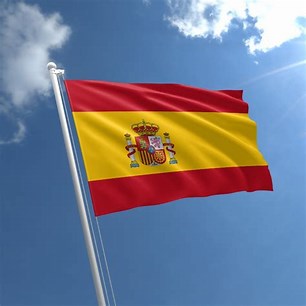 we made a profit of 23.75 points this week. Nacho Elvira won The Cazoo Open in a play off after blowing a six stroke lead on Sunday. Adam Hadwin part placed for us in The 3M Open at 90/1.

Our cumulative profit for 2021 to date is now +85 points. Excellent stuff!

I have analysed the top five finishers in each tournament below. I have also picked up on all of our selections last week and anything else that caught my eye.

I will back Tuesday PM with initial selections for The Olympic Golf Tournament.

And again on Wednesday with any selections and an update in regard to the trial ‘Top’ markets.

Nacho Elvira pulled the win out of the bag in a play off after blowing a final round six stroke lead. His final round play was nervy and too defensive on a course that was giving up lots of birdies on Sunday. He did get caught and past by both Justin Harding and Mikko Korhonen. Elvira then got past both of them again on the 17th hole with a birdie two. However he then blew the lead again with a six on the final hole. But he managed to find his game again in the play off to get the better of Justin Harding. And so a nice win for our in play selection.

I did say in emails I sent to you that I saw Justin Harding as the danger and so it proved. He carded a six under par 65 on Sunday and did look a good thing in the play off. A class golfer at this level. We should have had a saver bet on Harding at 15/2 pre final round. Error on my part.

In third place was the tour stalwart Mikko Korhonen of Finland. He dropped a shot at seventeen to slip out of the play off total. A solid golfer who can contend but is a very rare winner.

Callum Shinkwin of England was placed fourth on a course that he has done well on in the past. Not the most consistent golfer but he has won on tour before.

A regular top twenty finisher is Masahiro Kawamura of Japan. He finished fifth here. However he does not look like winning and so is not a win bet any week.

Connor Syme had an OK week and finished in a tie for eighteenth place.

Matthias Schmid was underwhelming after his exploits at The Open. He did beat par but was down in a tie for forty seventh place.

Anyone else catching the eye?

Sam Horsfield crept in to a place but the 72 he carded on Friday put him out of this one. His nemesis is the one bad round each week.

Matt Wallace, the pre tournament favourite, finished in a tie for eight place. World rankings do not mean much if your game is off. One to swerve.

Jack Senior, who went well in The Open, missed the cut easily.

A third win on tour for long driving Cameron Champ. Most weeks he misses the cut but pulled it all together on this water laden but bland course. Champ did say that his game was in good order before the tournament. But five missed cuts in a row puts doubts in your mind. Anyway, he played well enough in Minnesota to win by two strokes.

There was a three way tie for second place, two South Africans and a Venezuelan. Louis Oosthuizen backed up his third place finish at The Open with a good effort here. A final round 66 pushed him up the leaderboard. Still waiting for his first win on the USPGA Tour. It must come soon surely????

Former Masters winner Charl Schwartzel has been in good form in 2021 and was on his game here in this weakened field. Jhonathan Vegas made the most of the non appearance of most of the big names to get in to this tie. He was a joint first round leader and kept it together all four rounds.

In fifth place was American Keith Mitchell, A good weekend saw him move up the leaderboard. Mitchell was in good form up to a month ago, but after a mini slump, came back here.

Dustin Johnson was off his game and missed the cut. One to avoid until he gets back in winning mode.

Matthew Woolf was pretty inconsistent all week on a course he won on in 2019. He had a bad Sunday and dropped to a tie for thirty ninth place.

Troy Merritt was up there going in to the weekend. But he faded badly and finished in the tie for thirty ninth place.

Adam Hadwin achieved a 2/3 part place for us at 90/1. Hadwin led at the halfway stage. But the 73 he carded on saturday knocked him back.

Our in play selection Gary Woodland went into the final round one stroke off the lead. But his 72 on Sunday was nowhere near good enough on a course giving up birdies.

Others that caught my eye:

Mito Pereira caught my eye in sixth place. A prolific winner on the Korn Ferry Tour has now graduated to the main tour. But for his opening round of 70 Mito would have been pressing the winner. One to watch.

Maverick McNealy was right up there going in to the final round. But a closing 73 is no good if you want to be a winner.

Cameron Tringale led going in to the final round but carded a 74 to finish in sixteenth place.

Tony Finau plodded all week and found the water on occasion. Another golfer to swerve for betting purposes. Tied twenty eighth finish.

Missing the cut – Robert MacIntyre and Stewart Cink amongst others.

All the best Martin