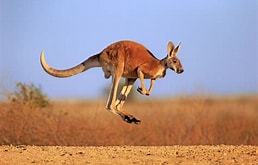 our second losing week in a row after four consecutive weeks winning. As I always say, golf betting has many peaks and troughs and long term profit is the only goal. Last week we lost 11 points and are now 74.85 cumulative points in profit in 2021 to date.

I have picked up on how all of our selections went last week in the reviews below of both tournaments below.

I will be back Tuesday PM with our initial selections for The Open Championship. Make sure you read our Open preview to gain an understanding of what is coming up later this week.

Was won at the first extra hole of a three way play off by the young Aussie Min Woo Lee. Lee birdied six holes in a row in his final round and had seven in total. He then birdied the 18th hole in the play off to scoop the prize. Lee got the better of Thomas Detry and Matt Fitzpatrick, who had to forgo a trip down to Wembley for the England match, due to the 90 minute weather delay and then a play off. Detry is still seeking his first win on tour. Lee is inconsistent but is very young and a great ball striker. He was a star in junior golf and turned pro instead of seeing out his time at college. He was on our in play short list at 50/1, but we chose the wrong one! Perhaps in future we should back all golfers on the short list?

In a tie for fourth place were tour stalwart Ian Poulter, in form Aussie Lucas Herbert and Ryan Palmer. All three went low in the final round but fell one stroke short. Tournament favourite Jon Rahm finished alone in 7th place, two strokes off the lead. If Rahm had recorded average putting figures over the four days he would have won. If the putter works in The Open he must go very close.

Justin Thomas had a good week, even the putter looked OK. JT finished in a tie for 8th place with fellow American Johannes Veerman. Rounding off the top ten were joint first round leader Jack Senior and Xander Schauffele. Senior rallied after a bad Saturday to finish with a 66 to gain a place at next weeks Open Championship. Xander played OK but does not win and did not do so again.

Our in play selection of Scottie Scheffler was ordinary on Sunday and carded a 69. That was only good enough for a tie for 12th place. Richard Bland’s good form continued. He was one of our original selections at 100/1 but did not do enough to place. But his game is still in good order. Tyrrell Hatton had a good final round of 65 after a poor Saturday. Perhaps he has found some form after his recent wedding? Robert MacIntyre played OK on a course that should have suited him. Bob was in a multi tie for 18th place. He needs to do more to start winning though. Ryder Cup captain Padraig Harrington had another good week. He was in the multi tie with MacIntyre.

Our other initial selection, and former champion, Bernd Wiesberger had a poor first round but rallied to finish eight strokes off of the winner. Tommy Fleetwood is still a bit off his game. He had a good opening round of 66 but finished on the same score as Wiesberger. Lee Westwood had a bad weekend after leading the tournament. I still like his game for The Open though.

Collin Morikawa made the cut but had an ordinary week. I do not think that European golf currently suits his game? But anyway he needs to putt better.

Those missing the cut included – Rory McIroy! Not good but not awful. Andy Sullivan continues to be inconsistent in 2021. Corey Conners had a scorecard buster of 76 on Thursday but then had a 65 on Friday. Maybe he was getting the hang of things? Martin Kaymer was fancied to go well in Scotland by some but was ordinary.

A good tournament overall and a reasonable prep for The Open. We may well have seen a star of the future in Min Woo Lee. A missed opportunity on the betting front for us though!!

Was won by Lucas Glover, who birdied the last six holes to win by two strokes. The last time Glover won on tour was ten years ago. I did not see this coming! There was a tie for second place, one of our in play selections Ryan Moore and birdie machine Kevin Na. They finished two strokes behind Glover.

The tournament was a sub standard affair with plenty of birdies all over the place. Not one to linger on. I would pick out two in form golfers here – they tied in 8th place. Hank Lebioda did not contend due to a third round 71. Seamus Power showed up again with a top ten finish. Four solid rounds from the Irishman.

Our other in play selection Chez Reavie started his final round well and moved into the top three places. But Chez dropped strokes over the final nine holes to fall to a tie for 18th place. Pre tournament betting favourite Daniel Berger had an average week. Well off the pace in a tie for 34th place. Sungjae Im completed the four rounds but just scraped into the top fifty places. Im now heads off to prepare for The Olympics.

Those missing the cut included – Alex Noren, who got back to his old inconsistent ways after a previous tournament when he went close to winning. Our initial selection Doc Redman was very disappointing. A bad pick by me for which I apologise. Si Woo Kim withdrew part way through his first round. Another golfer preparing for The Olympics from now on.

A tournament to forget really until it comes around again next year.