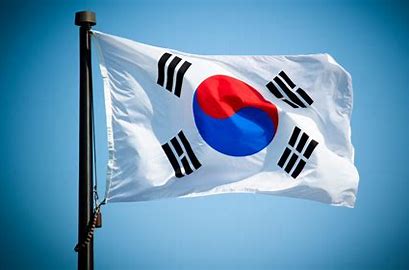 not a good week for us as we lost 14 points. I will go through all of our outright selections first and then get on to the tournament reviews.

At The Belfry Andy Sullivan missed an in play place at 16/1 by one stroke. His untidy start on Saturday including an approach shot in to the water kyboshed us. He did rally on the back nine but too late. Andrew Johnston never really got things going and played steadily to tie for 17th place. Rasmus Hojgaard missed the cut. The youngster is still struggling to get his game back after his time playing on the USPGA Tour.

At the Texas shootout Sam Burns got off to a poor start on Sunday. The winner got a jump on him early and he could never pull it back. Joseph Bramlett looked good as a 150/1 pick when he birdied four of the first eight holes. His putter then went a bit cold, which is his Achilles heel and the torrential rain prevented any birdies on the back nine. Marc Leishmann finished in a tie for 21st. He was a bit scruffy with his game at times but also made a lot of birdies.

Of the selections of other tipsters on these two tournaments that I saw there were 25 selections -0 winners – 2 places in total. So a hard week for all.

The trial top nationality selections are dealt with separately in Wednesdays post.

Be sure to read both reviews below.

Richard Bland, on his 478th appearance on the tour won in a play off at the first extra hole. The 48 year old became the oldest winner on tour going back many years. He did have a top ten finish last week in Tenerife but I could never have picked him. His final round 66 got him into a play off with Guido Migliozzi of Italy, who finished with a 68. Guido’s putter let him down in the play off and he three putted to hand the title to Bland. There was lots of emotion at the end for Bland, which gives his long career a bit of gold sparkle. The winning score was 13 under par. the course proved a tough test over four days.

There was a three way tie for third place – Mikko Korhonen found some form on a course that suited his game; Dave Coupland had his best week for some time; Adrian Meronk has been in good form of late without winning. The 72 he had in round two did for him here.

Andy Sullivan tied for sixth place with the in form Dean Burmeister for sixth place. Robert Macintyre joined the lead in the final round and was 9/4 favourite in running. But he then lost momentum and faded in to a tie for eighth place. ‘Bob’ is one to watch again in 2021.

Other golfers to note – Matthias Schwab had a 75 in round two on a course that should have suited him. He finished in a multiple tie for 11th place, including with this weeks host Danny Willett and the third round leader Eddie ‘The Pint’ Pepperell. The pint had a bad Saturday and finished with a 73. Laurie Canter has yet to get his game going again. A steady tied 30th place was all he could manage this week. Bernd Wiesberger still has struggles to get his game going despite the bookmakers putting him in at shortish odds each week. Thomas Detry continues to struggle. Both made the cut but were non descript. Thorborn Olesen did not progress after reasonable efforts in the Canary Islands. He was down in a tie for 57th.

Those missing the cut included – Max Kieffer and Jorge Campillo, both for the second tournament running. We have already mentioned Rasmus Hojgaard. Masahiro Kawamura was put up in certain circles as a value pick at The Belfry. But he missed the cut comfortably. Martin Kaymer used to enjoy a tougher course, but missed the cut! Francesco Laporta had a lot of success on the Challenge Tour and was expected to do well on the Main Tour. But he has found it hard and struggled here.

Very hard to find the winner. Migliozzi blows hot and could. I guess that you can back him if in contention going into the final round and cross your fingers that he has a going day as he did here. I would accept that I should have spotted that one rather then going with Andy Sullivan.

Was won by KH Lee of South Korea. The runner up here last time. We missed that one! Lee’s birdie blitz early on, birdeying five of the first eight holes and gaining a three stroke lead that he never relinquished. The torrential rain that then came and the two and a half hours stoppage due to lightning aided the leader. No one was able to score low in such conditions to put pressure on Lee. South Korea has a number of top golfers in the men’s game now to complement their strength in the ladies game. However looking at their records the men are inconsistent and you have to catch them on a going week.

Sam Burns finished runner up. Going for back to back wins on tour. Sam led for most of the way going into the final round. But he had a slow start on Sunday and the weather put paid to low scores on the back nine.

There was a four way tie for third place. Patton Kizzire started earlier than most on Sunday and was able to get around before the rain in 63 strokes; Daniel Berger got the best of the weather as well, finishing with a 64. One to watch next week at Kiawah Island; Scott Stallings had a very good weekend with a 63 and a 66; Charl Schwartzel maintained his recent good form all week, with 68 being his worst score all week.

In seventh place was Troy Merritt and Joseph Bramlett, both promising young golfers. Both golfers to watch. Jordan Speith tied for ninth place with three others, An opening 63 gave him the lead but he could not capitalise on it. He tied with Jonny Vegas, who ruined his score with a 72 on Friday; Seamus Power (no relation of Paddy) of Ireland, who had success in the U.S. collegiate system; Doc Redman, another star of their college golf.

Others to note – Luke Donald, former world number one, showed some signs of life finishing in a tie for thirteenth place. Luke had course form going back. Will Zalatoris had a decent week in a tie for seventeenth place . Lee Westwood, who prefers tricky courses, tied for twenty first place. Those tying with him included Marc Leishmann, the fast starting Alex Noren and Carlos Ortiz. Jon Rahm could only manage a tied thirty fourth place. Still off his game. Hideki Matsuyama made a decent comeback with some solid stuff in thirty ninth place. Scotty Scheffler was tipped up in a few places but was not up to it, finishing in forty seventh place.

Bryson DeChambeau was way down in fifty fifth place without having a terrible round to ruin his score.

Those missing the cut included – Rickie Fowler again; Jason Day again; Sergia Garcia again!! Brooks Koepka who still looks like he is carrying an injury; Matt Fitzpatrick, who does not like these easy shoot out tracks.

A ridiculously easy course that was only tamed by torrential rain late on Sunday. Not my sort of golf.

Selections for The USPGA Championship will be onsite Tuesday PM. Look out for my email.