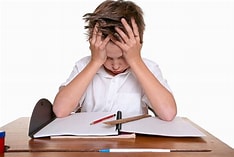 Si Woo Kim missed a putt on the final hole that would have won him the tournament outright. In a six man play off he did not perform well, Kevin Kisner winning at the second extra hole. Another of our initial selections Webb Simpson missed the play off by one stroke after a poor Saturday and some errant putting in the final round.

We go through both tournaments below.

The Scot Calum Hill got his maiden win on tour after some near misses in recent times. He carded a final round 67 to win by one stroke. This was a pretty weak event and gave a number of golfers the opportunity to get a win. But they were not able to do it on Sunday.

Alexander Levy finished with a 64 to rocket through the field to finish second on his own. Tied for third were Callum Shinkwin, Richard Bland, Rasmus Hojgaard and Jamie Donaldson. Hojgaard blew his third round lead as he could only par the course on Sunday after a 62 on Saturday. Regression to the mean in action!

Our in play selection Victor Perez had an average Sunday and could only finish in a multi way tie for thirteenth place. Nowhere near a Ryder Cup spot in my book.

Another golfer nowhere near a Ryder Cup spot is Bernd Wiesberger. He went off a short odds favourite pre tournament but could only finish in a tie for twenty first.

Our initial selection John Catlin opened up well on Thursday; had a sticky Friday and a bad Saturday. His final round was OK but he did not finish in the top fifty. A Poor pick.

Not much more to say on this one, a very average tournament.

Another play off defeat for one of our selections. Si Woo Kim, at 40/1, missing a putt on the final hole to post a winning cumulative score. He then went in to a six way play off but was not at his best and so we only have a place to show for his efforts. Also Webb Simpson, another of our initial selections, missed the play off by one stroke after a poor Saturday and missing make able putts on Sunday. Very frustrating.

Kevin Kisner won the play off at the second extra hole after Adam Scott missed a four footer on the first extra. Kisner carded two 66’s over the weekend to make the play off. He is suited by courses that do not require being long off the tee and so should always be watched in this one in future. Also in the play off apart from Kisner and Scott were our own SI Woo Kim, Branden Grace, Kevin Na and Roger Sloan. If Russell Henley had not missed a short putt on the final hole we would have had a seven man play off, which would have been a record on the tour. This is not the first time Henley had done this in 2021, which must be worrying for him.

Si Woo Kim carded a final round 64 but missed a putt on the final hole to win outright. Kevin Na was identified by us as a potential winner in play and he almost got it done. One to be with on courses that suit his game. The nemesis of Adam Scott is short putts and so it was again here. But the tied second here gets him into next weeks play offs.

Webb Simpson – on his favourite course. A bad Saturday and missed putts on Sunday cost him and us the win here. He only needed to be two strokes lower in total to win!!!!

A real birdiefest this week again.

Other golfers to note – Justin Rose missed a number of putts to finish two back and so not make the play offs. Rosey played well most of the week but faltered late on. Chesson Hadley carded a final round 62 including a hole in one to make the play offs in the final spot.

Those missing the cut included – Our initial selection Hideki Matsuyama on the mark, very disappointing. Gary Woodland, Matthew Woolf, Rickie Fowler who also did not make the play offs and Jason Kokrak.

So now we move on to three weeks of Fedex play offs.

I will be back Tuesday PM with all of this weeks initial selections.