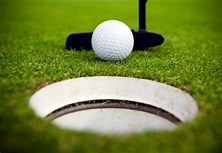 I hope that you are all fit and well and not going stir crazy at home? Apart from walking the dogs and podcast listening I am keeping busy with gardening and property maintenance. I am also undertaking research into golfers on both main tours to improve my understanding of them as a person as well as their overall game. There are some good re runs of the higher profile tournaments on the USPGA Tour website and on Sky Sports Golf and on You tube. So check them out.

Last week we looked at three golfers who had performed well in regard to ‘Greens In Regulation’ metrics. We also looked at what else they were doing well and what not so well. We then moved on to look at putting metrics performance on the European Tour which highlighted two golfers who were performing particularly well with the short stick, Alexander Bjork and Chris Paisley. So let’s look closer at their overall performance metrics and see what we can glean.

Alexander Bjork – Alex is a 29 year old Swede who is rated at 207th in the world rankings. He has had one European Tour win at the Volvo China Open in 2018. He spent four years at qualifying school before making the grade in 2014. His best finish this year to date was at the Qatar Masters, where he finished sixth.

Looking at Alex’s metrics his putting is clearly the best facet of his game. Next is his sand saves/chipping. However the rest of his game has been weak in 2020. He has poor figures for driving, for greens in regulation and overall stroke average. So yet another golfer who has a definite strength in his short game yet struggles with the tee to green game. We are now starting to see a pattern in regard to golfers on the European Tour, in that those not contending at the end of tournaments have a significant weakness with either their long game or their short game.

Now we will look at Chris Paisley – Chris was born in 1986 and is currently 265th in the world rankings. The Englishman from Hexham has had one win on the European Tour, taking the 2018 BMW South African Open, when his wife caddied for him.  Chris joined the main tour in late 2014. His best finish in 2020 was at the Qatar Masters, where he finished 7th.

Looking at his performance metrics, his putting figures as we would expect are very good. His sand saves/chipping figures are in the top 20 on tour so far in 2020. His driving accuracy is top 100, so not good but not too bad. However his driving distance metrics are poor. Chris’s stroke average is moderate and his greens in regulation figures are horrific!  So, he can hit the ball reasonably straight but not long enough in comparison with his opponents.  He then cannot find the green in regulation strokes and so he is forced to rely on his short game to salvage a score. Looking back to the previous season his driving distance was not that good then as well. His greens in regulation metric was not bad and so something is amiss there in 2020. His short game then was very good and so it appears to be a strength for Chris.

Now let us turn to the metric of ‘Stroke Average’ and begin to break down the component factors of what is considered the most important overall metric. Stroke Average has six components parts – ‘Birdies’, ‘Eagles’, ‘Bogeys’, ‘Par 3 Scoring’, ‘Par 4 Scoring’ and ‘Par 5 Scoring’. Once again a minimum of 12 completed rounds played on the main European Tour are required to qualify.

If we start with ‘Birdies’ as measured by birdies per round as an average.

Then we will look at ‘Eagles’ per round as an average:

No match in these two categories, but that is not surprising as Eagles on par fours and fives are hard to achieve and requires a golfer to play the hole almost perfectly.

We will now look at when a golfers scoring is not so good, as we consider ‘Bogeys’ and bogey avoidance. Our top five bogey avoids on average are:

We have our first match, Tommy Fleetwood, averaging 4.5 birdies per round and only incurring 2.25 bogeys per round. How does this impact his overall performance?

We will look at those three golfers next week to see what the answer is. We will also move on to the remaining three aspects of stroke average and see what they tell us.

Dont forget to let me know what you think of this blog and what views you have relating to a top golfers performance.

Until next week. Keep safe.