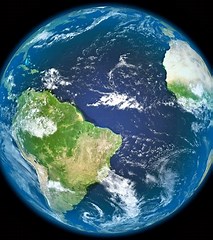 As we enter 2020 we can look forward to who we think will be the players to watch for on both main tours. From each tour we will be selecting:

Who will break into the world top 20;

Three emerging players who will make their mark on tour.

So read on below to see who the players are and let us know what you think and who you would pick?

Just email us at [email protected] with your thoughts.

Let us start with The European Tour.

His first win came at July’s Dubai Duty Free Irish Open – his second triumph in three years at the historic national open – before claiming his home open, the Mutuactivos Open de Espana, and finishing off a remarkable campaign with victory at the season-ending DP World Tour Championship, Dubai.

The last of those titles also earned him the title as European Tour Number One – the first Spaniard to do so since Seve Ballesteros in 1991 – as he topped the Race to Dubai Rankings Presented by Rolex.

If the 25-year-old can continue this form into 2020, Rahm will be the hot favourite to retain the Race to Dubai Rankings Presented by Rolex at the end of the campaign and by playing on both tours have a great chance to become world number one.

Following an extended injury break, Bernd Wiesberger returned to action last year and enjoyed the finest season of his career.

Three victories. Two in the Rolex Series. Six top tens. Third in the Race to Dubai. An outstanding campaign which saw the 34-year-old rise to 21st in the Official World Golf Ranking.

The Finn had his first win on the Challenge Tour in 2018 in China that got him his card in 2019 on the Main Tour. Kalle previously played on the Asian Tour. He lost in a multi player play off at altitude at Crans Sur Mer in 2019 and has a number of top 20 finishes in the latter half of the year. Kalle appears to be maturing as a player now that he has reached his thirties.

Won his first European Challenge Tour title at the 2019 Hainan Open before winning his second title in three starts at the Challenge Tour Grand Final to end the season as Number One on the Road to Mallorca Rankings.

Booked a rookie season on the European Tour after coming through all three stages of the Qualifying School in 2015. Took the 15th card at Final Stage and dedicated his success to his grandmother, who had recently died.

Spent much of his early life in South Africa, travelling there for up to six months every year to visit his uncle and even has a South African twang to his accent when he switches from Italian to English. It was there he first picked up a golf club and he was instantly hooked. Luckily a new course was built near his Bari home soon after, where he grew to love the game under the tutelage of his coach, who was at PGA Catalunya Resort.

Played three years on the Sunshine Tour before gaining some Challenge Tour experience in 2015. Cites Seve Ballesteros as his hero, having watched the movie about the Spanish legend’s life and been inspired by his work ethic and attitude towards the game.

Following a dream start to life on the European Tour we’re backing 18-year-old Rasmus Højgaard, as a rookie, to continue his fine form and become the first Dane since Thomas Bjørn in 1996 to claim the coveted title in 2020.

In just his second season as a professional, and in his fifth European Tour start, the teenager held his nerve in a three man play-off by carding an outstanding eagle on the third extra hole to triumph at the AfrAsia Bank Mauritius Open.

Højgaard, whose twin brother Nicolai is also a promising young player having finished as a runner-up at last year’s KLM Open, will have fierce competition from a number of outstanding prospects who qualified from the European Challenge Tour last year but can thrive on it.

CAREER HIGHLIGHTS that show why the twenty six year old, having regained his form, can be world number one in 2020.

Qualified for the FedExCup Playoffs for the fifth time in his fifth season and won his 10th PGA TOUR title at the BMW Championship, advancing to the TOUR Championship for the fourth consecutive season and finishing tied for third in the FedExCup standings. Became the ninth player to win 10 TOUR titles, including a major, before turning 27. Was one of two players to finish each season from 2016-17 to 2018-19 in the top 10 of the FedExCup standings, joining Brooks Koepka. Led the TOUR in Par-5 Scoring Average, and at 4.42, recorded the best mark in that statistic since Tiger Woods in 2003 (4.38). Earned seven top-10s and made 18 cuts in 20 starts.

Season highlighted by three wins and a seventh-place finish in his FedExCup title defense. Made the cut in 21 of 23 starts, earning double-digit top-10s (10) for the second consecutive season and reaching 20 top-25s for the first time in his career. Became the first player since Tiger Woods in 2006 and 2007 to lead the TOUR in earnings in consecutive seasons. Accumulated a score of 155-under-par for the season, second-best on TOUR (Dustin Johnson, 189-under). Earned inaugural appearance on the United States Ryder Cup team.

The thirty five year old from South Carolina has won $20 Million on tour since turning professional in 2006. He is currently ranked 25th in the world and he can make the step up into the world top twenty in 2020. Kevin had a decent year in 2019, as highlighted below, that can propel him forward into a new year.

Carlos Ortiz – The twenty eight year old Mexican turned pro in 2018 and qualified for the 2019 Main Tour. His results at the end of 2019 were excellent. He finished tied second in The Mayakoba Classic; tied fourth in The Sanderson Farms Championship and tied fourth in The Houston Open. If he can take that form forward into 2020 he will be in contention to win on the Main Tour.

Sebastian Munoz – The twenty six year old Colombian won the recent Sanderson Farms Championship. Sebastian turner pro in 2015 and then qualified for the Main Tour in 2017. We believe that his recent win on the Main Tour will give him the confidence to be a consistent contender in 2020.

Corey Conners – The Canadian from Ontario has won on the main Tour, taking The Valero Texas Open in 2019. The twenty seven year old joined the tour in 2018, having turned pro in 2015. 2019 was his break through year, winning once and finishing second at The Sanderson Farms Championship and third at The Sony Open in Hawaii. 2020 may see Corey become a regular challenger for top honours on the Main Tour.