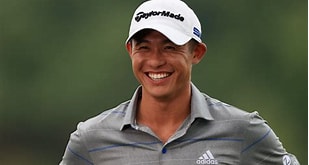 From now on I am only going to provide analysis of the top five finishers in each tournament and how our selections went that week. If subscribers would like to have more in depth analysis then email me at [email protected] . I can add it in if there is sufficient demand.

Collin Morikawa won his second major at Royal St Georges, winning by two strokes. He has now won two majors at his first attempt at it. Morikawa is the top iron player about, but his putter lets him down consistently. But he got it working at Sandwich and the benign conditions looked to have suited him. More majors await him. Whilst not a formal selection I did suggest in my last email that if you did want to have a bet going in to the final round then he was your man at 2/1.

Jordan Speith, at a golf course that suit his game, was runner up. I think that Speith is a ‘non winner’, in that he makes errors in a tournament that cost him the chance to win. The bogies on the closing holes on saturday cost him here. American pundits love him and think that he is great. I am not of that opinion.

Tied in third place were Jon Rahm and Louis Oosthuizen. What cost us the win with Rahm was his weak first round and a cold putter for most of the tournament. Four strokes off the winning score comes down to sinking putts. Louis came up short again in a major after leading going into the final round. He did not look like winning on Sunday, but is an each way banker for majors, The value had mostly gone from the place markets. Louis used to go off at 66/1 but he went off at 28/1 this week.

Dylan Frittelli of South Africa finished fifth with a total score of nine under par. South Africans usually go well at Open Championships, without winning many. Fritelli is a solid golfer on the USPGA Tour, no more.

As mentioned above Jon Rahm was our main selection. His first round one over par on a scoring week did for him. His putter was cold for most of the week which cost him the chance to contend. He did try to make a run but you have to sink putts and he did not do so. Tied third place finish.

Lee Westwood never did anything and is on the cold list now. Average stuff all week. A bad pick.

I did like Marc Leishmann at 66/1 as he has a good record in Open Championships. But he had a shocker in round one and missed the cut. Just one of those things. I would pick him again in this tournament at value odds.

The in play selection of DJ went bad on saturday. He dropped five strokes to par in a stretch and that was that. He did rally in part on Sunday to tie eighth. He was the runner up at the course in 2011 and so had shown that he could handle it well enough. DJ is just off his top game at present I guess.

Let’s leave it there and move on to this coming weeks tournaments.