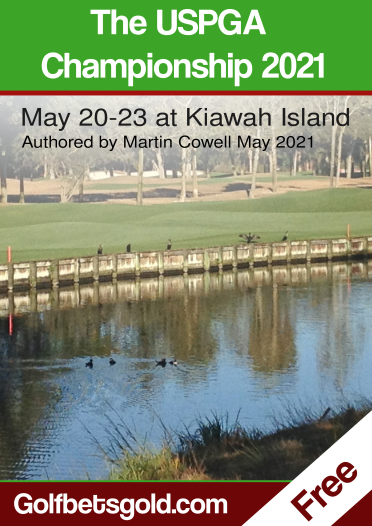 We lost six points last week, Louis Oosthuizen placing being our only positive result in an ultimately disappointing week . We are now +22.75 points for 2021 to date . Gary Woodland was in good shape with twelve holes to go but imploded badly . Anyway, let’s go through what happened and pick up on each of our outright selections as we go. The trial top category selections are dealt with in Wednesdays post .

Anyway, let’s go through what happened including how our selections fared and where they went wrong.

Phil Mickelson, at the age of fifty, won his sixth major by a margin of two strokes . None of the third round leaders played great on the final day but Phil did enough . A great achievement for a fifty year old, who has re invented himself on a diet of Coffee and meditation . In a tie for second place were Louis Oosthuizen and Brooks Koepka . Both were average in the final round and missed an opportunity to win a major I think . The wind did not blow as much as they kept forecasting. Nowhere near twenty five miles an hour . Louis had a cold putter and hit the ball in to the water after a wayward drive to knock him too far back off the lead. I guess you can back him for a place in majors but he does just not get over the line .

There was a four way tie for fourth place – mostly players who have European based experience of coastal tracks . Ryder Cup captain Padraig Harrington, Shane Lowry, Paul Casey and ‘Mr Chubby’ aka Harry Higgs . These guys came through whilst those above them at start of play failed on Sunday .

Then we had a log jam in a tie for eighth at one under par . Mostly big names . I am not going to go through them all, but selectively – Abraham Ancer had another top ten finish . He keeps being up there without winning . Justin Rose played well again for the second major running . I think that he needs a difficult course these days to have any chance? Collin Morikawa made a valiant defence of his title. Big courses do not suit him as the long drivers had an advantage and his precision irons game was not so much of an advantage . Jon Rahm rallied over the weekend but his putting stroke is still off . Will Zalatoris put in another good effort and his first win cannot be that far way . And finally, Rickie Fowler had a good week for a change . We shall see with Rickie!

Patrick Reed was in the tie for 17th . A good weekend but nowhere near winning . In that multiple tie for 17th included – Keegan Bradley, Corey Conners and Sungjae Im . Im was going well enough until the back nine on Sunday but then hit the buffers. I am going to have a break from tipping him now .

Hideki Matsuyama looked in good shape until late on saturday . He tailed off and finished in a tie for 23rd . Patrick Cantlay made a run on Sunday on the front nine but beat a retreat on the back nine . He was one of the guys in the tie with Hideki .

Viktor Hovland had a good opening round but then struggled . He tied in 30th place with some big names – Webb Simpson, Ian Poulter, the overrated Jordan Speith and Joachin Niemann . None of them played well in truth .

Another stellar cast in a tie for 38th place, which included – Tyrrell Hatton, Bryson DeChambeau ( The course did not suit his game, too many places to lose your ball off the tee), Branden Grace, who was going well for two and a half days and our pre tournament selection Gary Woodland . Gary went well for most of the week and was in good shape on Sunday after five holes he was in third place . But he then had a double bogey, not for the first time . Gary then imploded and was poor for the rest of the day .

Rory McIlroy was all over the place . He tied for 49th place . So, he is not back just yet despite his win at Quail Hollow, when we backed him . Jason Kokrak was tied with Rory . This was a poor in play selection from me for which I apologise .

Daniel Berger was bad . Ten over par and down in 75th place .

Those missing the cut included:

Justin Thomas – still off his game . Marc Leishmann – should have been suited by course conditions! Xander Schauffele – usually good in majors but not this week . Dustin Johnson – I thought that him missing last weeks tournament and putting in extra course practice would make a difference this week .  But he was still in poor form and we wasted three points on him . Sergio Garcia missed the cut for the fourth tournament running . Bernd Wiesberger was bad again. Where has his game gone ? John Catlin – struggled with the distance of the course and was penalised for slow play . Kevin Kisner, for the fifth cut running . Charl Schwartzel, who has been going well lately . The same can be said for Matt Kucher, but he may be running out of steam after a hectic period?

Kevin Na – who lost his contact lens and could not see what he was doing! Cameron Champ, who struggled to find any fairway . No good hitting it long if you keep hitting the ball in to hazards . And finally Sam Burns who withdrew, following on from his second and first place finishes in his last two tournaments .

As with the PGA Championships a lot of also ran club pro’s as well .

So, a great win for Phil but a lot of big name golfers went missing this week . We did say last Tuesday that the tournament was usually won by an American apart from Rory, in the past ten years. That proved right again. Phil went off best priced 200/1 if you shopped around .

I will be back Tuesday PM with initial selections for this weeks tournaments on both tours.