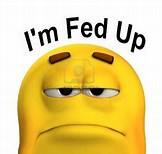 I am having IT issues today and both my laptop and printer are not conforming. I guess it must be the internet? So no video review this week.
For the sixth week running, since our win at the Scottish Open we have had selections in contention going into the final round only not to win. This came to a head this week with all of our selections playing poorly on Sunday. We had a similar period last year with selections in contention and had two outright winners during it!

Variance is a cruel mistress and we do not know when it will turn in our favour. We just have to work it through. It was not helped by the tournament in Prague being played over just 54 holes. Tom Lewis was trending towards a place at 100/1 if we had played all four days.

Was won by Germany’s Max Kieffer, who had a final round of a six under par 66 to win by one stroke. He was able to catch the overnight leader Gavin Green, who could only find a 71 on Sunday. I did say that Green was catchable before the final round. Unfortunately it was not Thomas Pieters, who could only muster a 72 on a course set up for birdies. We have to say that Pieters has a record of under performance when in the spotlight and so we should have learned our lesson. Our old friend Wilco Nienaber opened with a 71 on Thursday but got himself back in to it with two 67’s to finish in a very average tied eighth. As I said previously, we missed out on a potential place with Tom Lewis due to the shortening of the tournament because of heavy rain on Saturday.
Our other selections fared less well. Julien Brun finished tied 33rd; Henni Du Plessis and Andrea Pavan tied 57th. Our top twenty finish selection Richard Mansell was well placed going in to Sunday. But a disastrous finish which added up to a 74 dropped him to tied 23rd place. Almost unbelievable really.

Was retained, albeit on a different course from last year, by Patrick Cantlay. He set up his win with a 65 on Saturday. Cantlay can struggle on Sunday’s on the inward nine but held on with a 69 to win by one stroke. We do not have much luck with Cantlay as a selection, but he does win once or twice each year and is a top player.
The impressive Scott Stallings pushed the winner all that way but could not find enough putts to get the victory in Delaware. Tied in third were Xander Schauffele and Scottie Scheffler, who are viable candidates to win the Tour Championship next week.
We got it wrong as to who the fast finishing South Korean would be, It was K H Lee, who carded a 65 on Sunday to finish tied fifth. Jon Rahm got off to a slow start again with opening rounds of 73 and 70. He then carded 65 and 67. If the Spaniard can get off to a good start next week he too can win the play offs. Rory McIlroy was also in the tie for eighth place. Rory was more consistent in his scoring but failed to find the low round that enables a golfer to win.
Sung Jae Im struggled to a final round of 71 and could only finish tied fifteenth. I did say last week that Tony Finau looked tired after playing consecutively for a number of weeks. And so it proved with an opening round of 77. Tony did improve with rounds of 68, 67 and 68. Can he come back next week in the play off final? Cameron Davis had a dreadful Saturday, carding a 75. That ruined our chance of a top twenty finish. Davis finished in a tie for thirty fifth place.
Worst of all this week was the final round demise of Collin Morikawa. He entered the final round three strokes off the lead with his scoring trending towards serious contention. Inextricably he carded a 79 on Sunday and not only ruined our chances of an outright win, not only knocking himself out of a place finish, but eventually finishing an embarrassing tied forty fourth. Saheth Theegala put in a decent performance for a tied fifteenth finish and is definitely one to watch.

And so we move on with the hope that variance will come in our favour soon.