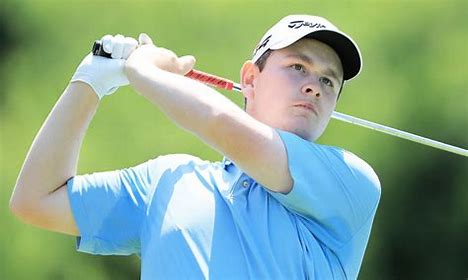 firstly, I am hoping to get back to normal in early October when I return to the UK. I will start to do review videos again then.

Secondly, last week’s selections performance:
We made a profit of 13 points in regard to outright selections. This was due to Cam Smith winning LIV Golf Chicago by three strokes. We backed him at 5/1 for 5 points. No joy with our other selections. Our in-play selection of Rory McIlroy failed after he dropped two strokes early on the final round. Rory finished fourth and is in the habit of killing rounds with early dropped strokes. Perhaps the secret is to back Rory after he has completed the first two holes of the final round successfully?
We lost 10 points with our top twenty finish selections. Neither pick fared well. We will continue with these selections until the end of 2022 but if they do not show a decent profit by then, they will not go forward in 2023.

A brief review of the three tournaments:

DS Automobiles Italian Open – was won by Robert MacIntyre (pictured above), who beat Matt Fitzpatrick in a play-off. Rob found a 64 in the final round and Fitzy could only manage a 67 when leading going into the final round. Fitzy and Rory both had their C games last week. MacIntyre finally got another tour win to go with his win in Paphos (where I am situated at present) previously. This course is the venue for the 2023 Ryder Cup and so it ticks a box for MacIntyre re potential selection by Luke Donald.
Victor Perez was one stroke behind in third place. A final round 66 looks good on the scorecard but he did miss a few chances and dropped strokes when he should not have. But another Ryder Cup contender. After Rory in fourth place, we had Lucas Herbert and Aaron Rai in 5th and Kurt Kitiyama in 7th. Tyrrell Hatton rounded off the top eight finishers. Kitayama is interesting in that he is trying to make his way on the USGA Tour now. That may mean that he is too good for the DP World Tour and so may be one to side with when he plays on this side of the Atlantic.
Eddie Pepperell had another top twenty finish and is playing much more consistently now as opposed to the past few years. Tom Lewis continues to flatter to deceive. A 65 in round two put him right in things but a mediocre weekend saw him manage only a top twenty finish. Rasmus Hojgaard was well touted for this tournament and finished with a 66. However, that was only good enough for 27th place. Defending champion Nikolai Hojgaard was also one of the golfers in the multi tie for 27th. Viktor Hovland was further back in 34th place. Pretty average stuff from Viktor. The overrated, these days, Francesco Molinari, was also tied 34th.

Another win for a defending champion, albeit perhaps fortunately? Max Homa chipped in on the final hole, which left Danny Willett needing to sink his putt for a win. But he somehow three putted and we did not even see a play off. Homa now has five wins on tour and is now in elite company in that regard.
Korn Ferry Tour graduate Taylor Montgomery, one to watch, finished two strokes back in third place. Joint fourth were Byeoung An and Justin Lower. Saheeth Theegala and Rickie Fowler finished joint sixth. Another good performance from Theegala, who seems to be conquering his inconsistencies. A welcome good showing from Fowler, who has fallen a long way down the world rankings in the past two years.
Hideki Matsuyama continues to struggle. A final round 65 was accompanied by a 75 in round three. Just a tied 25th finish for Hideki.

As we expected Cam Smith was victorious in Chicago. A fine result for this tour, as their latest star signing was victorious. Smith won by three strokes from DP World Tour regular Peter Uihlein and Dustin Johnson. The much-maligned Sergio Garcia was in joint fourth place alongside Joaquin Niemann. I think that we can expect Smith, DJ and Niemann to dominate these LIV tournaments from now on.
Bryson DeChambeau had a nasty accident when he walked into a rope barrier and injured his face. He recovered somewhat for a tenth-place finish. Patrick Reed did at one stage reach the top five in the final round. However, a poor finish saw him drop to 13th place. Brooks Koepka continues to struggle and could do no better than 22nd place. Abraham Ancer finished a disappointing 27th of 48.

Initial selections for this week’s tournaments will be onsite sometime Tuesday PM. I will send you all members an email when they are available.