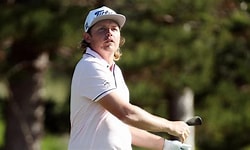 This week we are in Rome and in Atlanta. The Tour Championship sees the end of the Fedex play offs and the 2020-21 USPGA season. The DS Automobiles Italian Open takes place at the 2023 Ryder Cup venue on the outskirts of Rome.

The Marco Simone golf club is a new venue for the European Tour in recent times. As the venue for Ryder Cup 2023 it gives us an insight in to what the course may play like in two years time. It is a par 71 and is 7,268 yards in length. As the course has not been used on tour since 1994, it appears to be new to all of those participating unless they have played there in lower level competitions.

The Italian Open has been played since 1925 and became part of the European Tour in its early stages in 1972. The course has recently been renovated and water is in play and it has long fescue rough. There are not many trees on the course, but accuracy off the tee and when approaching the green is a good idea based upon the course layout. The greens are Bentgrass and are considered to be tricky and contoured. The weather is expected to be in the mid eighties but there is the potential for showers.

Will be played at the iconic East Lake golf club, Atlanta, Georgia. It is a par 70 and is 7.348 yards in length . It is considered to be a real test unlike last weeks birdiefest. The top thirty golfers in the Fedex rankings will take part and it be decided on  a starting strokes handicap system. The starting point will be:

The remainder of the field at one under or even par.

East Lake has been used for the finals since 2004 and was renovated in 2008. We are playing for $15M this week. Dustin Johnson is our defending champion. Approach play seems to be the top metric for this course. Consistent ball striking is required around East Lake. Driving accuracy is useful. The course has been reversed to make it harder. So the old tenth hole is now the first etc. The fairways are Zoysia grass and promote flyers. The greens are Bermudagrass and are fast and contoured and also long and thin. They are hard to find on approach on some holes. The rough is also Bermudagrass and is gnarly. There is not much water on course. So a good plan would be to hit fairways and greens in regulation this week. The final three holes provide a tough finishing stretch.

There has been plenty of rain in the area in recent times and so the course may play soft?

Our initial selections for both tournaments are detailed below.