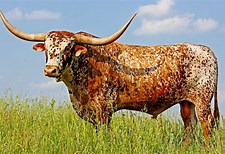 another profitable week thanks to Carlos Ortiz finishing second at El Camaleon and our in play pick Lucas Bjerregaard part placing at Villamoura. A profit of 5.8 points on the week. Our cumulative profit for 2021 to date is +113.5 points.

Not much joy from our other selections last week. A couple of missed cuts and down the field performances. But another profit and that is what we are here for.

At Villamoura Thomas Pieters found some form to beat an OK field. Matthieu Pavon appeared to have it in the bag halfway round on Sunday, but a triple bogey derailed him. In joint second place with Pavon was Bjerregaard (who played well for most of the final round) and young Nicolai Hojgaard. Pieters margin of victory was two strokes.

Down in Mexico Viktor Hovland won for the second year running at El Camaleon. A comfortable win by Viktor by four strokes. It was my error  in not having a saver win only bet on Hovland here, for which I apologise. Carlos Ortiz played well all week on a course that suited his game to finish clear runner up here. Justin Thomas finished third after a very average final round with no magic from the putter.

Onto this week and we are off to Dubai on the European Tour, as the Race To Dubai nears its completion. On the USPGA Tour we head down to Houston, Texas, home of the Longhorn.

What you need to know about both tournaments and who our initial selections will be are detailed below.