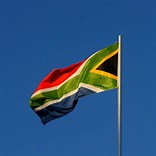 Collin Morikawa won for us at 17/2 in Dubai. Also our in play selection on Sea island Sebastian Munoz placed at 7/1.

In Dubai Collin Morikawa won by three strokes by carding a closing round of 66. And took the overall Race To Dubai title as well. Tied in second place were Matt Fitzpatrick, another outright win selection of ours, and Alexander Bjork. In a tie for fourth place were a resurgent Robert Macintyre and the young starlet Nicolai Hojgaard. The overnight leader Rory McIlroy had a bad day on Sunday, carding a 76 and faded into a tie for sixth place.

Our other initial selection of Billy Horschel could only manage a tie for thirty second place. Billy did not seem to be suited to this type of desert golf.

So season 20-21 is now complete on the European Tour, but season 2021-22 on the now named The DP World Tour begins this week in South Africa.

Over in Georgia Talor Gooch put on a master class of front running to win at Sea Island by three strokes from Mackenzie Hughes. Our in play selection of Sebastian Munoz was a clear third, rallying after a mid round slump. Watch out for Gooch in 2022.

Both of our initial selections, Kevin Kisner and Robert Streb, missed the cut on a course they finished first and second on last year!

The USPGA Tour takes a week off but the 2021-22 season starts next week.

Our initial selections for The Joburg Open are detailed below.